‘I found my why at Emergence’ 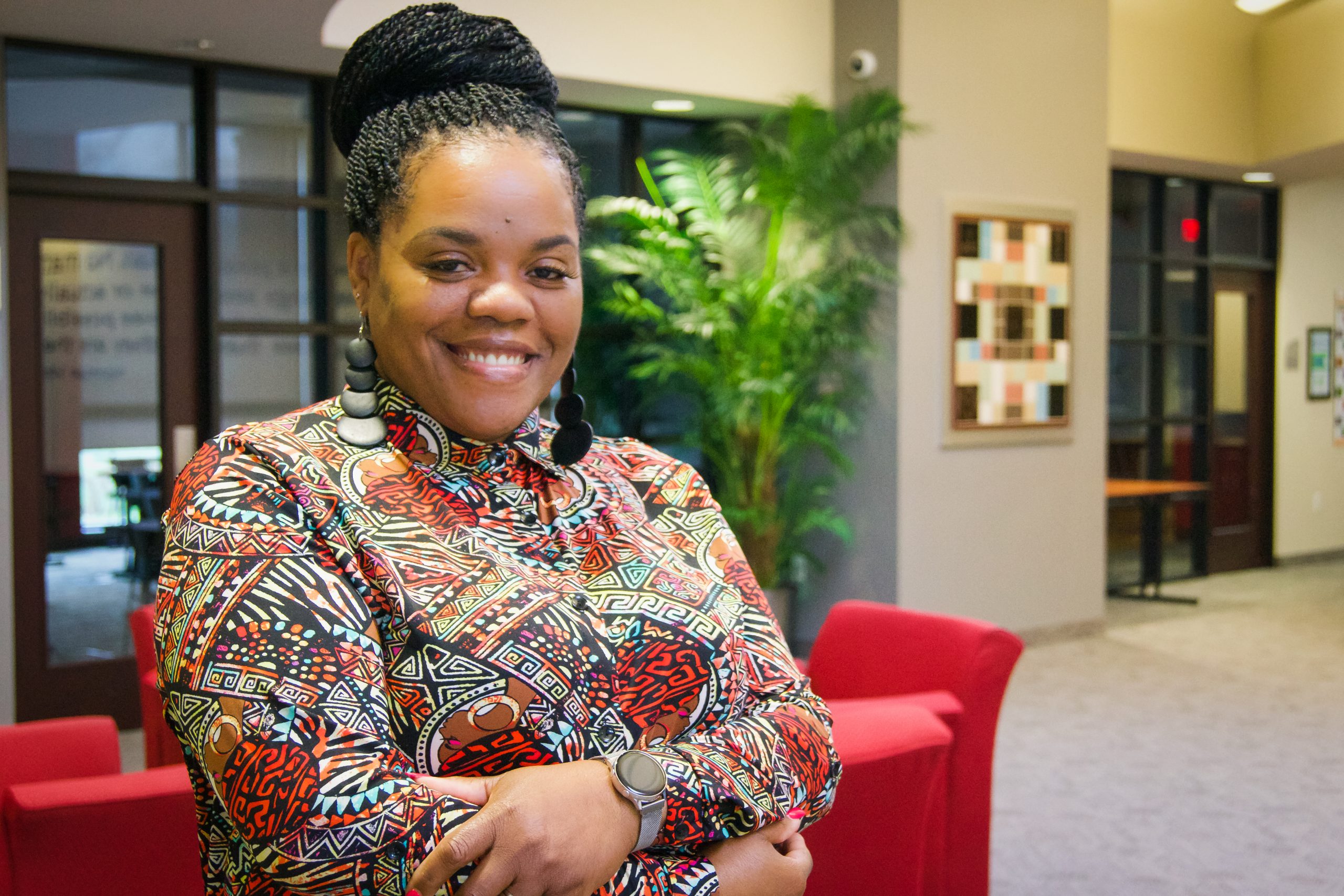 The kids in Dorica Young-Watson’s third-grade class excitedly shared their costumes for the school Halloween parade, a highlight of Young-Watson’s year.

“I’m going to be Wonder Woman,” she announced, proudly.

“You can’t be Wonder Woman,” a boy stated, matter-of-factly. “Wonder Woman’s not black.”

During the parade, Young-Watson hid behind a sheet — a ghost.

Decades later, the Muncie native recalls this and other piercing memories as if they happened yesterday. “You remember what hurts,” she said. “And when you grow up accustomed to being mistreated and marginalized, you start to marginalize and discount yourself.”

So, she did — for years. High school graduation was the summit, and after that, she did what she knew — existed on hourly wages and had babies. Unexpected bills forced her into a line for food stamps. “I was embarrassed, and I knew if I felt embarrassed, I was capable of more,” she said. So, she met with a social worker, who gave her a reading test before telling Young-Watson she wasn’t fit for college.

“He called me “Dorika,” which wasn’t new. People were always messing up my name, and my life had taught me I didn’t matter enough to bother to correct them,” she said. “But we often emerge from our lowest points, and that test gnawed at me. It ripped me to shreds.”

From doubt to defiance 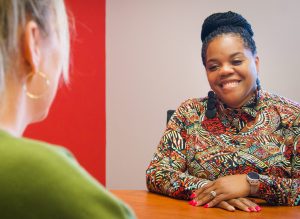 She enrolled at Ivy Tech to become a teacher. Why? Because the only professionals she knew with black or brown faces were educators, and even then, she didn’t have a black teacher until high school. One of her Ivy Tech professors called her out: “Dorica, you’re an educator, but not in the traditional sense. You are a social worker.”

“Dreaming is a luxury for those who have mentors and resources,” Young-Watson said. “That time in my life was the first time anyone had asked me what I wanted to be when I grew up. I started to dream, and I started to challenge my limiting beliefs.”

Newfound confidence led Young-Watson to Ball State University, where she earned a bachelor’s degree in social work in 2008. Years into the job, she was interviewing candidates. “The same social worker who called me ‘Dorika’ and told me I was not a good fit for college, came into my office, looking for a job. He didn’t remember me, but I sure remembered him. That gave me great joy, and from then on, I began to really show up for myself.”

I am quiet until I feel comfortable

Young-Watson said she began to “own my ‘no’ and my ‘know.’” She began to teach others how to treat her. While working at TEAMwork for Quality Living, she was asked to enroll in Shafer Leadership Academy’s Emergence program, an interactive eight-week training for emerging leaders seeking to enhance their personal awareness and leadership capabilities.

“People who know me know I do not have an ‘inside voice,’ but when I am a participant and don’t know many people, I am quiet until I feel comfortable,” she said. “I was busy, it was an evening commitment, and I felt like I already knew a lot about leadership. I went into the program with a ‘prove to me I need this’ attitude, and I wasn’t as present at the beginning as I should have been, but thankfully I took notes.”

‘I found my why at Emergence’

After a few “ah-ha” moments, the Young-Watson many people know and love started sharing with the cadence and projection of a Baptist preacher. Those notes she took remain in her home office, and she reviews the highlighted, marked pages often.

“Emergence helped me get beyond the what and the how, to the why,” she said before rattling off the personal mission statement she developed during the session: “To live each day with integrity, following my passion, being led by my faith.”

“I might never have developed that guiding light had it not been for the class,” she said. “Emergence gave me the space and permission to dream. It reinforced that a lot of what I was doing was correct, which empowered me to believe that a girl from Munsyana Homes could lead like the best of them. Every day since, I’ve been living my best self in that moment.” 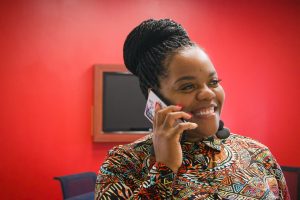 To the people who don’t know leaders or think they are one, Young-Watson said, “Believe in yourself. That’s the first step. And if you don’t believe in yourself, find someone who does, find people like those at Shafer Leadership who can help you elevate the best of you.

“As a woman, it’s not easy. As a person of color, it’s not easy. You’ve got to do the work, and that’s not easy. But attend the free SLA programs or get a scholarship to attend the signature programs. SLA believes in leaders at all stages of life and in all communities. You will find yourself there.”

From Participant to Presenter

People from where I am from are not quick to trust, and they don’t easily put themselves out there. 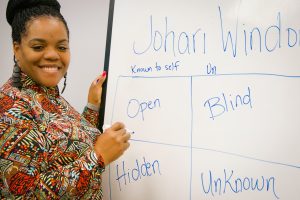 Young-Watson has transitioned from SLA participant to presenter, leading several coffee talk conversations and lunch-and-learns. In fall 2020, SLA sought to engage underrepresented communities through its All Aboard Program, which walks participants through what it’s like to serve on a board. SLA Executive Director Mitch Isaacs said many organizations and nonprofits in town could benefit from diversity of thought, age and background. He worked with Young-Watson to reach out to spaces and places that might help inspire newcomers to serve and share their voice.

“People from where I am from are not quick to trust, and they don’t easily put themselves out there,” Young-Watson said. “They know me, and they know I wouldn’t put them in a bad situation, so they came when invited to these gatherings. It was exciting to see their lightbulbs come on while listening to what SLA had to share about being part of our community.”

Since August 2020, Young-Watson has thrived as a certified life coach, focused on preaching relationship-based empowerment. She engages individuals, businesses and nonprofits about poverty, community sustainability, relationship building, and the unspoken expectations and norms of socio-economic groups. You can connect with her on LinkedIn and Facebook.

Previous Post
From campaign boot camp to building better government: How Jeff Robinson and Shafer Leadership Academy are taking ECI to the next level
Next Post
Muncie Youth Stock ReFreeGerator on Southside