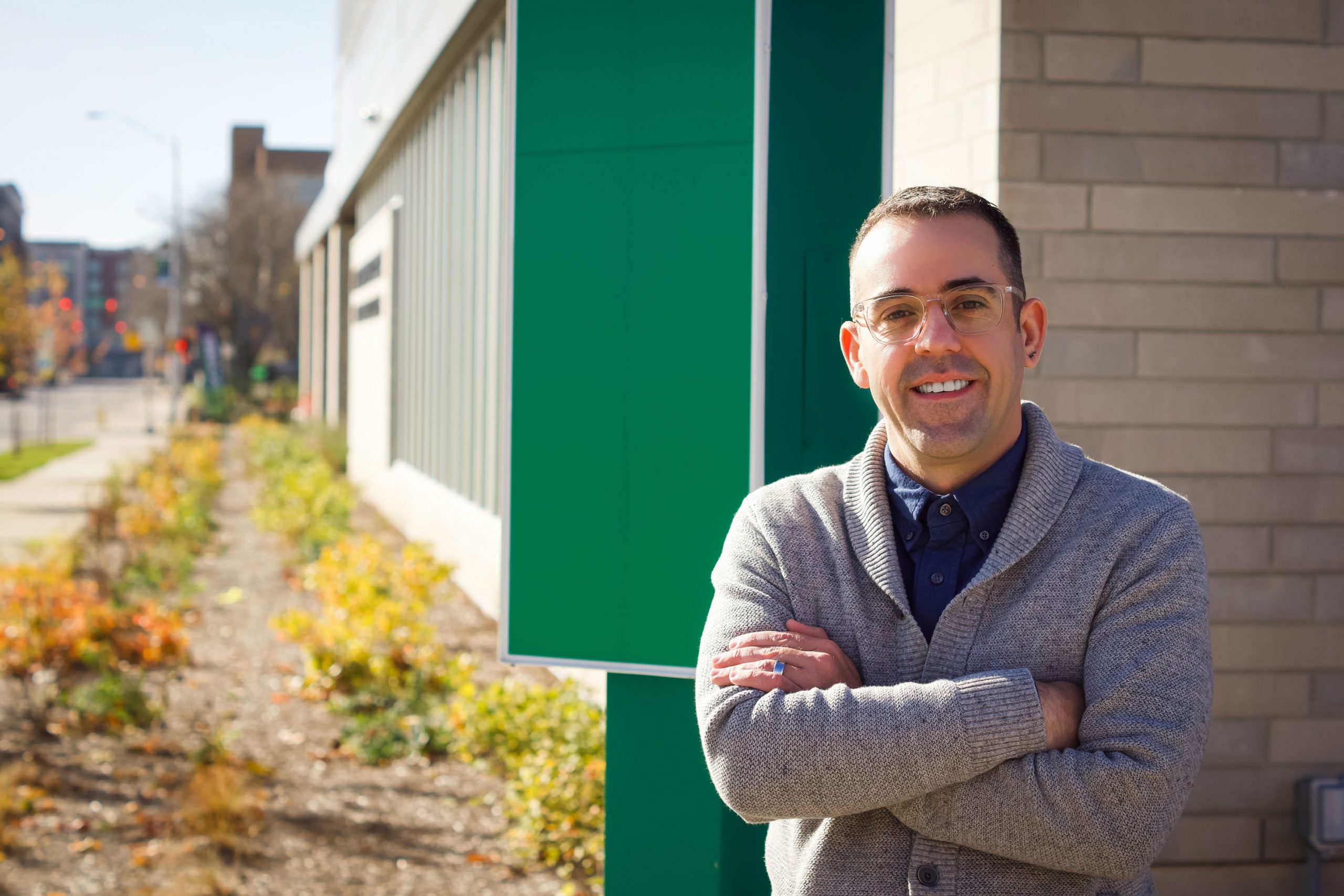 Emery Peck thought he knew what his passion was. He enjoyed working with kids. As a teenager, it had made him a popular babysitter. As a preschool teacher at the YMCA, he got to educate children and share his love of art with them.

It was meaningful work, but it didn’t quite seem like the perfect job. Emery wanted more out of his career.

So, Emery went back to Ball State to get his master’s degree in education, left the Y and joined the faculty of Ivy Tech Community College, where his career focus became training teachers.

Emery was surprised by his own answer. “Actually, no.”

It’s like dropping a rock in a lake, that ripple effect,

The reason, he came to realize, was that his passion wasn’t working with kids, exactly. Or even teaching. What drew him to his new role was something greater: a sense of impact.

“It’s like dropping a rock in a lake, that ripple effect,” Emery said. “If you’re teaching teachers, you’ve added a ring to how far you make that impact. I realized this was a better way to fill my cup.” 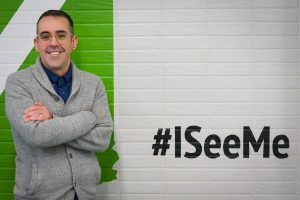 Once at Ivy Tech, Emery realized there were yet more rings he could make, even further out. There were changes in leadership coming within the next few years. Opportunities were opening up to move into those roles, and he wanted to explore them.

There was just one problem, which almost all young professionals face. He lacked experience.

“I couldn’t say, ‘I’ve dealt with this situation before.’ If I didn’t have the experience, I needed a different toolset.”

Emery learned that Ivy Tech had reserved a few slots for their people in Shafer Leadership Academy’s Emergence program. The eight-week course promised to train participants in the personal foundations of effective leadership.

It was exactly what he needed. Emery made sure his name was on the list.

I identified what I was good at.

During Emergence, Emery discovered the program had a structure to it that made sense to him. He recalls the first part involved presentations about leadership principles and styles. It taught him a lot about his unique strengths.

“It helped me understand that it’s easy for me to see processes,” Emery said. “I identified what I was good at.”

The second part involved discussion around applications in the workplace and community. One discussion in particular got Emery thinking. It was about how decisions are made.

“What’s the quote, ‘A camel is a horse designed by committee?’” Emery said with a chuckle. “We talked about how you think you’re doing the right thing by allowing everyone to bring a piece, but what’s the general principle? You want to stay focused on what it all means.”

What Emery remembers most about Emergence was the confidence it gave him. Armed by the idea that “leadership is a disposition, not a position,” he immediately began to demonstrate what that looks like.

He didn’t have to ascend the career ladder before becoming a leader. Emery could begin to lead from where he was. While still an associate professor, he became a Master Teacher, an Ivy Tech designation that demonstrates mastery of his craft and thought leadership among his peers.

He began to boldly approach his dean and vice chancellor with ideas – not because he was in a formal position to, but because he had the disposition to.

Those ideas led to a promotion, then another. But these weren’t the traditional ladder rungs.

“Those were positions that didn’t exist before,” Emery said. “What I found is if I knew who I was and knew how to communicate that, I could carve my own path.” 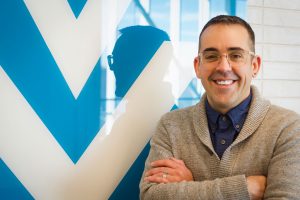 Not only was Emery now building his own career, he was making a real difference for Ivy Tech students.

He had identified a “camel,” a dysfunctional process no one had designed but someone with the right skillset and focus could certainly improve. The issue was class schedules. Rather than being standardized, they were set independently by faculty.

“At many campuses, courses were run, for lack of a better word, willy-nilly,” Emery said, describing shifting schedules and class overlaps. “That causes a problem for students. They might want a class that starts at 11:30, but they have another that doesn’t end until 11:50.”

He was also concerned about their ability to hold down a part-time job when the schedule changed every semester. So, Emery worked with the vice chancellor at the time to align the curriculum.

The result – once the change goes into effect on all campuses – is that students will know that over two years, they will only need to come to campus a set number of days per week, simplifying their schedules and busy lives.

Shafer helped me connect with the potential I had to be a changemaker.

All because Emery knew his strengths and brought them to the table. Understanding what mattered, the core principle at stake, he’s turning the camel into a horse.

In January 2021, Emery became Vice Chancellor for Academic Affairs. While he’s proud of the ripples he’s continuing to make, he is grateful to Shafer Leadership Academy for encouraging him to press into his passion to make an ever greater impact.

“Shafer helped me connect with the potential I had to be a changemaker. It unlocked that for me. It’s unlocking that for the whole community, creating a new wave of leaders every time they experience Emergence.”