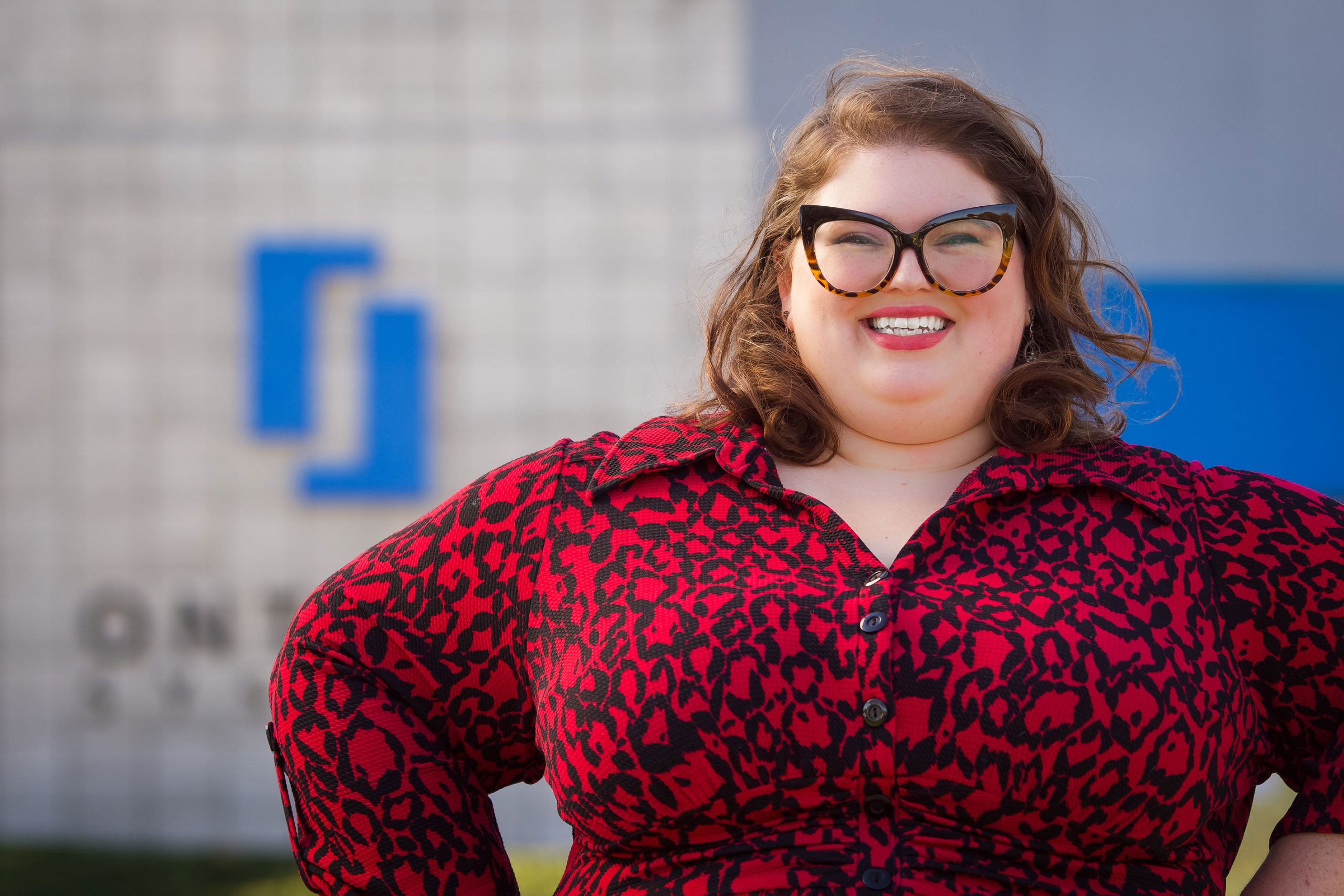 You wake up in a room locked from inside and out. Beside you is a ticking bomb and a landline phone. You can’t get out. No one can get in. You can call the bomb squad, but if you can’t defuse the bomb, you and everyone in the building are dead.

If you ask Rebecca Parker whether she would have survived in that situation 10 years ago, she probably would have said no. Not being the one with the answers was not her comfort zone. Rebecca didn’t do discomfort.

At the same time, staying in her comfort zone wasn’t quite working out.

I got out of college and realized I didn’t have a plan.

“I was ambitious in high school and college. I was strategic,” Rebecca said. “But then I got out of college and realized I didn’t have a plan. It would be hard to figure out my place in the world without one.”

She found her bachelor’s degree in psychology with a focus on women’s and gender studies from Ball State didn’t provide direction in and of itself. Her first post-collegiate jobs were in call centers. For three years, she was a 911 dispatcher in Richmond.

“I was doing 12-hour shifts. I fell into bed every night, got up and went back. I didn’t do a whole lot outside of work because I was so emotionally exhausted from emergency work.”

Rebecca’s outlook began to change when she got a job at Muncie Public Library. She did well as a development specialist, comfortable with the task of coming up with new ideas to move the library forward.

But the director of MPL at the time, Virginia “Ginny” Nilles saw potential in Rebecca to do more. Ginny promoted her to a management position. She also encouraged Rebecca to begin exploring her role as a leader, both at work and in the community.

That was a new and exciting concept for Rebecca.

“There’s a whole community of people in every city just trying to make it better. I couldn’t not be a part of that,” she said.

The question, then, was how? What part would she have to play?

BECOMING MORE THAN A “NICE BOSS”

That’s where Shafer Leadership Academy came in. Before taking part in the eight-week leadership training program, Rebecca had been promoted to a management position with MPL. She thought Emergence would help her be a better boss.

“It was not what I expected,” Rebecca said. “I found a purpose through Emergence. I found meaning.”

In other words, she wanted to be a “nice boss.” But she quickly learned how that could be toxic.

That was transformative for me.

“I’m an extrovert, an idea generator,” Rebecca explained. “People like me can steamroll others and make them feel like they can’t speak up. That was transformative for me. If that’s your leadership style, you need others to poke holes in your ideas.”

Creating power with others meant learning to change her thinking about skeptics. She had seen them as negative people, naysayers trying to stop progress. But as the only people who can stop her from charging into a bad idea, she needed to learn to value their input.

Rebecca saw this play out in her workplace. A coworker – an introverted skeptic – attended Emergence with her. They were involved in an exciting new website project championed by the idea generators at MPL. The skeptic had reservations, but the project moved ahead anyway.

After a few months, the project was scrapped.

“She was right. We were duplicating services in the community. There was no plan for how to sustain it,” Rebecca said. “Skeptics are so important. They make you have to think through your ideas.”

THE POWER OF DISCOMFORT

Excited about the potential this knowledge could unlock, Rebecca and a colleague came up with a new program to facilitate for Shafer Leadership Academy called Bomb Squad: Communicate or Detonate, based on the video game Keep Talking and Nobody Explodes.

You can really see how people operate under pressure.

“It was cool. We would isolate the boss in a separate room with a cell phone. They would have the bomb and have to call the group. The group would have the defusing manual,” Rebecca said. “You can really see how people operate under pressure.”

Who gets snippy? Who talks over people? Who stays quiet? She had helped develop a way to unlock these leadership characteristics in a matter of minutes.

It was fun to be the facilitator of a communicate-or-die scenario. But it was soon Rebecca’s turn to be the one under pressure with her next career move.

In the fall of 2017, she became Director of Upward Bound at Ivy Tech Community College. The program, designed to help low-income students reach higher education, didn’t exist at Ivy Tech. Her job was to leverage her strength as an idea generator to build it from the ground up.

But she knew her strengths alone weren’t going to get the job done.

“I was the only employee of the program for the first few months,” Rebecca said. “There was no existing framework. Everything had to be created by me. It was a very scary, big job.”

It was way outside her comfort zone. She knew she didn’t have the answers. But she’d learned the value of reaching out to people with different perspectives and leadership styles. People who could help, some idealistic like her, some realistic to help keep her grounded.

“Before, I would have seen the job as an impossible problem to solve – that alone, I didn’t have the resources I needed,” Rebecca said. “But Emergence taught me that I’m never alone when I’m part of a community.”

THE IMPACT OF EMERGENCE

In February 2020, after successfully getting Upward Bound up and running, Rebecca moved on to become a software consultant at Ontario Systems. Again, it was a transition as exciting as it was uncomfortable.

But she knows how to embrace discomfort now. She knows her strengths and how to communicate with her team to benefit from theirs.

To Rebecca, Shafer Leadership Academy doesn’t just improve the professional lives of individuals like her, who interact with its programs directly. The impact is deeper than that, and much broader.

“Shafer makes better leaders, but it also makes better people,” she said. “Having leaders in a community that understand they need to lead with and not over others helps to make our community more effective. It helps make East Central Indiana a better place to live, work and play.”