From immigrant to Muncie City Council member: Ro Selvey is proving that hard work and dedication pays off 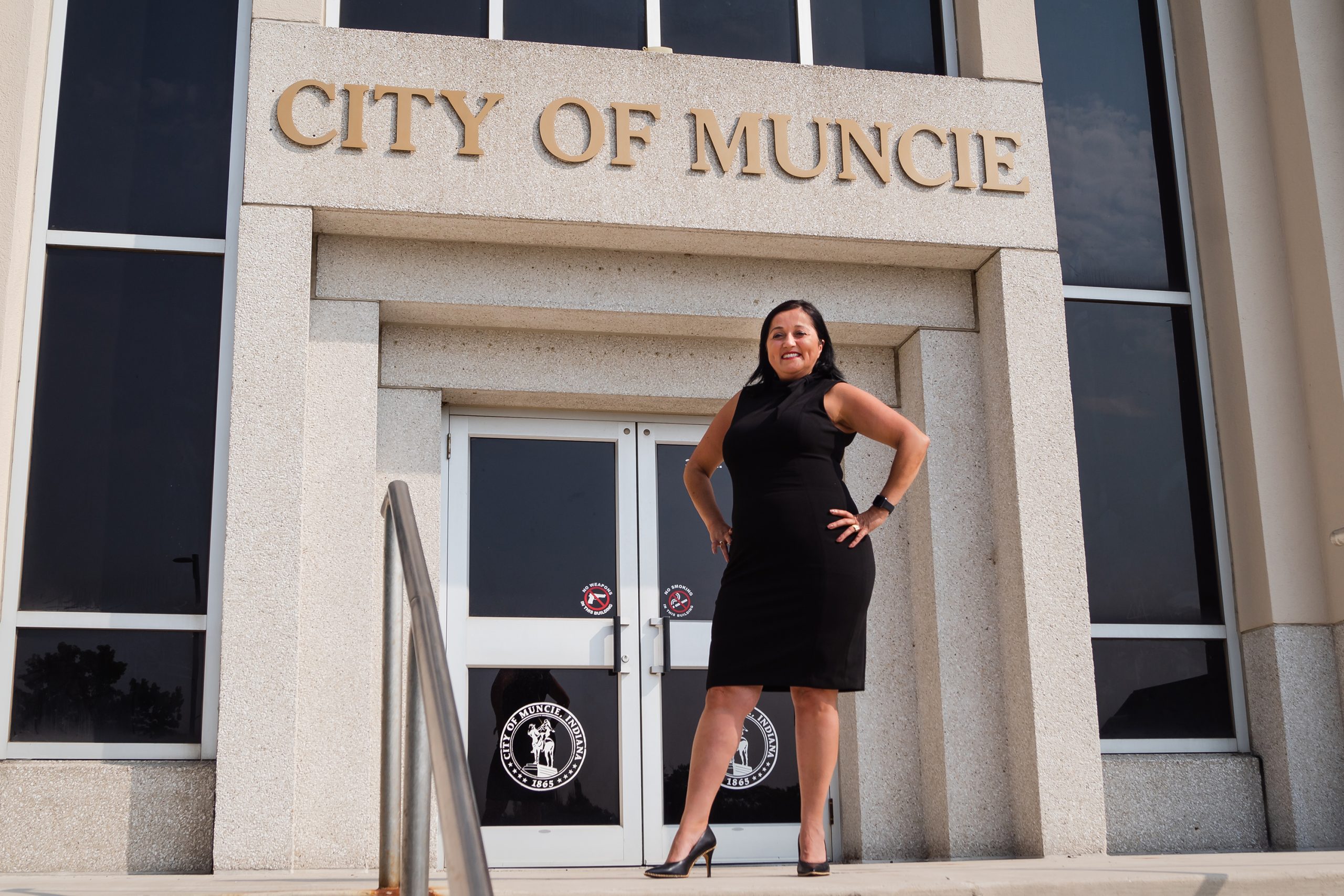 From the first day, she arrived in Muncie seeking refuge from her native Lebanon—immigrating from a bitter civil war that left her homeland in ruins—Roza “Ro” Selvey has been on a mission to give back to the community that supports her.

“I came to the U.S. in my early 20’s in the early 1990s not knowing exactly what I wanted to do with my life or education. All I had was a small suitcase and an extra-large dream–to find myself, to learn, to grow, and be a human that positively affects lives.”

For the past 30 years, Selvey has been working to fulfill her extra-large dream. First, she enrolled at Ball State University, receiving a bachelor’s in education, and then in 1998, started a rewarding career as a math teacher at Southside Middle School.

And, her work has caught the attention of many area organizations. She was honored with the Boys and Girls Club Legacy Award, given to a member of the community who has overcome a significant obstacle in their life and continues to give back to the community and was a finalist the Ball Brothers Foundation Excellence in Teaching Award in the last several years.

At the same time, Selvey was educating hundreds of young people, she inspired positive change by playing a key fundraising role on several political campaigns locally and at a state level.

The program gave me the confidence that I needed to be an effective community leader.

But, the door burst wide in 2017 when she enrolled in the Candidate of the Future program, sponsored by the Shafer Leadership Academy in partnership with the Bowen Center for Public Affairs at Ball State. This workshop is rooted in the belief that everyday citizens can lead.

The program was perfect for Selvey, who wanted to build on a base of knowledge learned at the university–as well as her childhood in Lebanon–to give back to her adopted hometown.

She quickly immersed herself in modern communications and media techniques as well as campaign management and community relations skills.

“The program gave me the confidence that I needed to be an effective community leader. I knew going forward that if the right opportunity presented itself I would have the tools to make a difference.” 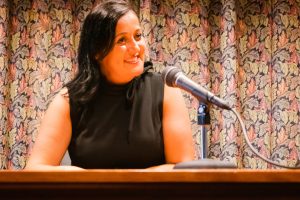 Three years later, she leaped into the political fray in late 2020 when the local Republican caucus selected her to be the newest Muncie City Council member, replacing Richard Ivy, who resigned from the council to become Muncie’s deputy mayor.

“At that point, I knew it was my time to make a difference. I felt that there was a need for a conservative minority voice on the city council. Because of my childhood and upbringing, I saw how crucial politics are to a community. We need strong leaders to help guide our communities.”

While she has embraced American life and traditions, Selvey also firmly believes surviving a horrific civil war in Lebanon provided her with a better understanding of how politics plays a pivotal role in life.

I use my experience to encourage, build, and provide hope.

“My participation in local government is a source of strength and a reminder to immigrants to be courageous. I want my participation to encourage people to take that leap.”

She points out that she was part of an exodus of nearly a million people who fled Lebanon during the civil war that cost the lives of an estimated 120,000 people from 1975-90.

“In Lebanon, there were numerous factions that had different religions and views. That experience allows me to better understand different viewpoints. I value those differences. I use my experience to encourage, build, and provide hope.”

LOOKING TOWARD THE FUTURE 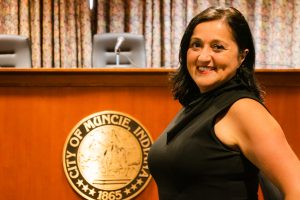 Selvey has a variety of short-term goals to boost Muncie. First, she wants to focus on increasing the tax base by making the area more attractive to potential residents and new businesses.

How? She proposes this could be done through the city’s local community development office by addressing blight and ensuring out-of-state property ownership groups pay more attention to their Muncie holdings.

The award-winning math teacher also wants to build upon the partnership between Ball State University and the local school system to further students’ abilities in a variety of fields. “The relationship between MCS and Ball State has created an ideal situation to start something different.” Modeled after the Baccalaureat Technique (BT) certificate program in her native Lebanon, Ro believes that providing students with additional educational pathways early on in their high school career will allow for some students to thrive through new and specific trade opportunities.

“Another long-term goal is providing the community a comprehensive and holistic rehab facility. As a community, we need to approach this concern of substance abuse as an epidemic and a health issue. Removing the stigma from this crisis, and offering hope and support, our aim is that no Muncie resident is forced to leave the city to enter a recovery program. As a community, we are all affected directly by this epidemic. Our families, friends, and neighbors deserve this.”

Previous Post
How Ivy Tech’s Terri Sanders is training student leaders with inspiration from life, Shafer Leadership Academy, and Spider-Man
Next Post
How Dustin Humm, owner of eKeeper Systems, has achieved a “higher degree of sanity” by working with Shafer